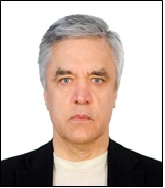 Sergey Suchkov was born in the City of Astrakhan, Russia, in a family of dynasty medical doctors. In 1980, graduated from Astrakhan State Medical University and was awarded with MD. In 1985, Suchkov maintained his PhD as a PhD student of the I.M. Sechenov Moscow Medical Academy and Institute of Medical Enzymology. In 2001, Suchkov maintained his Doctor Degree at the National Institute of Immunology, Russia. 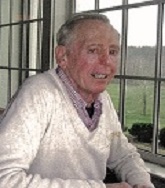 William J. Rowe M.D. FBIS ( Fellow British Interplanetary Society ), FACN ( Fellow American College of Nutrition ), is a board certified specialist in Internal Medicine. He received his M.D. at the University of Cincinnati and was in private practice in Toledo, Ohio for 34 years. During that time he supervised over 5000 symptom - limited maximum hospital-based treadmill stress tests. He is a former Assistant Clinical Professor of Medicine at the University of Ohio, School of Medicine at Toledo. He studied 3 world class extraordinary endurance athletes and published their exercise---related magnesium deficiencies. This triggered a 20 year pursuit of the cardiovascular complications of Space flight. He has published in LANCET that extraordinary, unremitting endurance exercise can injure a perfectly normal heart. Of only 4 space syndromes, he has published 2: "The Apollo 15 Space Syndrome" and "Neil Armstrong Syndrome." He published Neil Armstrong's probable lunar acute heart failure. He has been listed in the Marquis Whos Who of the World from 2002-2009,2013, 2014, 2015, 2016, 2017. 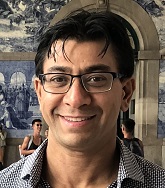 Dr Everard's current clinical interest is the detection and management of delirium in hospitalized patients. His subacute unit at Casey Hospital currently leads the state of Victoria for performance outcomes in this area. 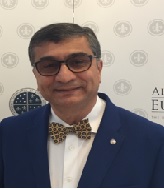 Reza Nassiri is an Associate Dean of Global Health, Director of Institute of International Health, Professor of Clinical Pharmacology, Professor of Family and Community Medicine and Lecturer in Global Health, Infectious Diseases and Tropical Medicine at Michigan State University College of Osteopathic Medicine. His research interests focuses on Clinical Pharmacology of HIV/AIDS & TB, prevention and control of infectious diseases, neglected tropical diseases, community health, global health and socio-ethical determinants of health. He works on international public health issues and has expertise in global health education, research, policy and governance. He has made contributions in various fields of medical sciences including clinical investigation and health education. On the basis of his extensive experience and expertise in HIV/AIDS and TB, he developed Clinical Research Programs in Brazil, South Africa, Haiti, Dominican Republic and Mexico. 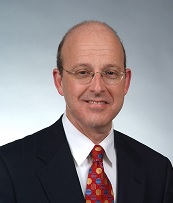 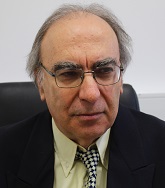 Dimitrios H. Roukos, MD, PhD, is the founding director of Centre for Biosystems and Genome Network Medicine in the